Because your hotel for sure isn’t the same as many others, why would you give it to a management company doing things like many others? 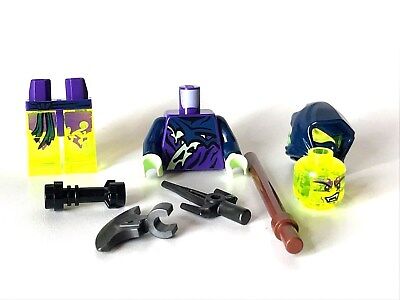 “Our vision is to make a big impact in the world of European Hospitality & Serviced Residences working with amazing team members, creating unique experiences for our guests and successful businesses for all stakeholders”

We create a work environment where our team members enjoy what they are doing and strive for a positive work life balance.

With offices in Madrid, Berlin, Munich, Moscow and Tbilisi, SolutionsHI as the network supplier to Pearl achieves a symbiosis of international experience and local know-how necessary to carry out successful projects in dynamic markets for our customers and drive the growth for the management network without expensive additional back-office operation.

Our experience and project portfolio ranges from hotels of international hotel chains to independent and niche hotels in various markets and segments with key focus in Spain and Central/Eastern Europe, Northern Mediterranean, Germany, Georgia, Russia & CIS. The importance of mixed used concepts and serviced residences also plays a vital role in our portfolio. Also we have developed projects in U.K., the Netherlands, the United States (Los Angeles, Atlanta) and China (Shanghai).

Strategic Management and Long-term consultancy
Specializing in the hospitality Industry 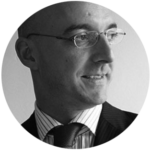 Enjoying the dynamic world of hotels he set-up in 2004
the strategic hotel consultancy SolutionsHI with an ample international network.

Lars is certified by the Cornell University in Real Estate, Development and Hotel Investment and in Business Economics by the Open University in UK, and holds various Diplomas in Project and Change Management and Strategic Marketing.

His initial career took him through outstanding projects for the InterContinental Hotel Group and “Leading Hotels of the World” hotels.

Expert of the hotel sector with ample experience of over 15 years in Executive Management as well as working as an external Consultant.
He speaks at various conferences and further holds seminars for senior professionals with schools and hotel associations in Europe (Spain, Germany, Georgia and Russia). 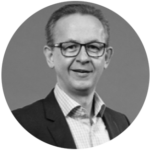 With over 25 years of experience in the international luxury hotel industry he supports companies in their quest for greater employee and customer loyalty with his own company Wurzinger Consulting and is a key to support Pearl Management units with the philosophy and trainings to develop our teams!

Thomas is a real service expert. The Ritz-Carlton Hotels in Berlin and Wolfsburg saw him evolve from the position of hotel manager to general manager, overall working 11 years for the The Ritz-Carlton.
In 2008 Thomas started serving as Managing Director for Tangula luxury trains. 2010 brought a new journey to the vibrant city of Bangkok where Thomas joined GOCO

Hospitality, a consulting and operating company specialising in wellness hospitality, as a founding member and Group Director – Operations. From 2010 to 2011 he found himself immersed in the perfect combination of operating and wellness when, when he took on the role of General Manager at SHA Wellness Clinic in Alicante, Spain. 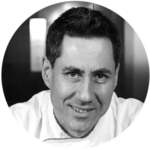 In 2017 he takes the decision to start his own venture and we are proud to have him as our culinary advisor on board.

Alf has a very dynamic CV throughout the world to grow his knowledge of various kitchen styles and hotel types. His career took him from small restaurants to finally head one of the largest F&B operations in Germany at the InterContinental Berlin.

He has seen the lean structure and learned the multi-tasking jobs of a chef in golf clubs, boutique hotels and French fine dining but also did run very large kitchen teams in resorts like the Sanur Beach in Bali and branded hotels with large banqueting spaces like the Sheraton Frankfurt or the Kempinski Budapest. His believe in people and close monitoring of the youngest in the team made him win the recognized “Chef´s Trophy” 2016 as best educator in the field in Germany. 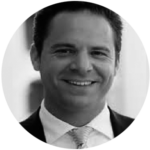 In 2017 he joins our board for the new upscale developments
in our portfolio.

Christian is a passionate hotelier who combines perfectly the traditional career with the ambition to create new ideas and services in our industry. He worked for restaurants like the Königshof in Munich or the Ritz in Paris passing later through the Adlon in Berlin and the Victoria Jungfrau in Interlaken covering various positions.

After four year with Kempinski in Budapest and St. Petersburg he moved as Hotel Manager to one of the best resorts in Spain (St. Regis Mardavall – Mallorca) which he led for 5 years to many awards.

His last two positions moved him closer to his home town and into upscale niche products opening the Lanserhof Tegernsee as a General Manager and moving on to his current placement to head the operation of three hotels and a two Michelin star awarded gourmet restaurant for the Geisel Group Munich. 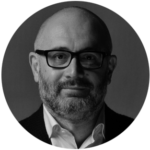 He joined Pearl Management in Georgia in 2017 as an Associate Partner with the clear target to expand company operations by allowing the company to provide a wider range of services and bringing solid leadership project knowledge to the team.

He is a dynamic, results oriented Project Management professional with more than 17 years of experience in various fields and companies.

He has experience of executive work performance in international and local Georgian companies alike, as well as for government authorities.
David was project director in a 5 star Hilton-Tbilisi hotel development project. 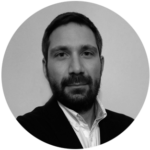 He joined the team of Pearl Management Georgia in 2017 as an Associate Partner.

Otar graduated from the Texas State University with a BBA in Finance and received his Master of Business Administration/MBA from the University of Buckingham. He holds various Diplomas in Strategy Planning and Development; Certificates in Business Modeling and Financial Analysis.

Otar is a strategic business development professional with over 10 years experience in various fields. Entrepreneur in spirit he has strong strategic and analytical vision.

Otar started his career in banking industry where he managed multimillion portfolios of Georgia’s leading corporations. His keen interest in strategic project management and business development skills led him to a lead role in one of the largest M&A deals in Georgian IT & telco industry. Otar later served as Head of Business Development for a Private Equity Company. Otar was widely involved in a 5-star hotel Development Project with its overall investment and development initiatives.